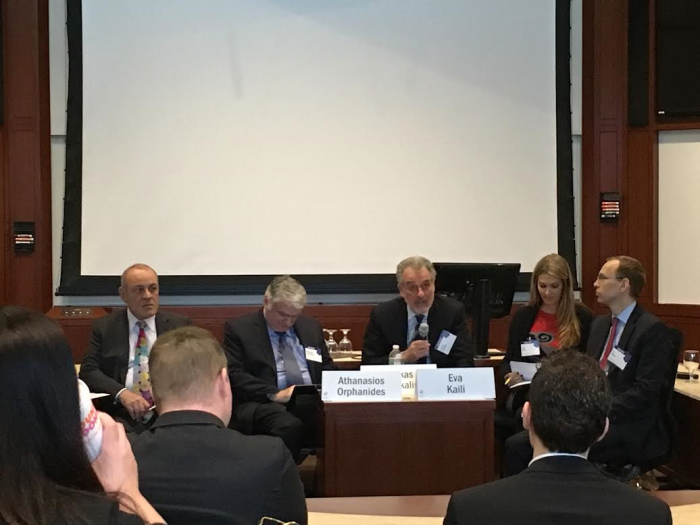 On 20 February 2016 President of ELIAMEP, Professor Loukas Tsoukalis moderated a discussion held at the Harvard Kennedy School on: ‘The Greek Crisis and the Euro: Is there a Way out?’. The speakers of the panel were: Dimitris Daskalopoulos, Former Chairman of the Hellenic Federation of Enterprises (SEV); Athanassios Orhpanides, Professor of the MIT and former governor of the Central Bank of Cyprus; Eva Kaili, Member of the European Parliament; and Ed Parker, Managing Director of the Europe, Middle East and Africa Team at Fitch Ratings, London. The panel discussion was part of the annual European Conference 2016, organised by the students of the University of Harvard.