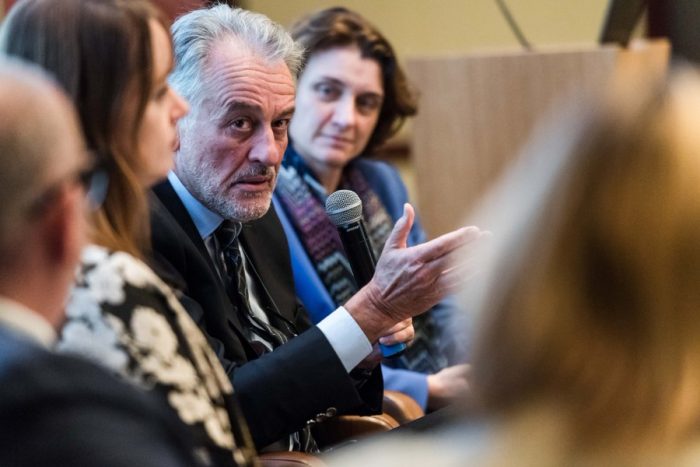 On Wednesday, November 6, Loukas Tsoukalis, President of ELIAMEP, Professor, Sciences Po, Paris, spoke at a conference organized by the European Policy Centre (EPC) in Brussels on the perspectives and priorities of the EU in the next 5 years.

The President of  ELIAMEP described the world we’re living in as a world of bullies and recommended the EU not to act as a soft power in such a world in order to avoid marginalisation.

According to Professor Loukas Tsoukalis, the European Union has been incredibly against expectations and overstretch and European integration have been major problems in the EU lately that need to be solved.

You may find more information about the EPC Conference titled: “Perspectives and priorities for the EU 2019-2024” here.