G. Pagoulatos will talk at the presentation of the book: “The Rise and Fall of Nations: Forces of Change in the Post-Crisis World” 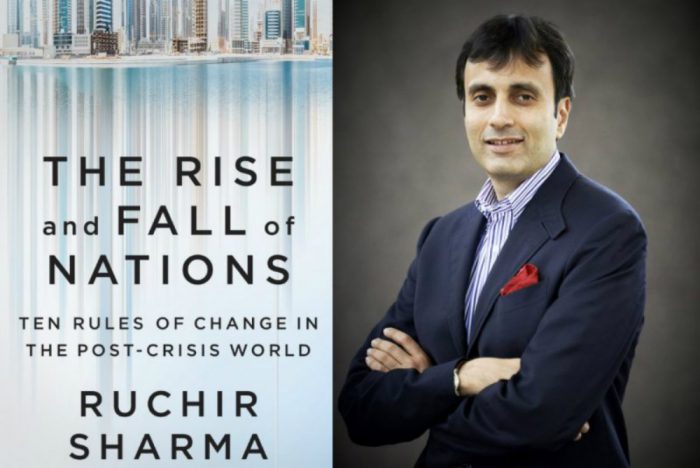 George Pagoulatos, Professor of European Politics and Economics at the Athens University of Economics and Business and Vice President of ELIAMEP will talk at the presentation of the book “The Rise and Fall of Nations: Forces of Change in the Post-Crisis World” by the economist and journalist Ruchir Sharma.

The crisis of 2008 ended the illusion of a golden era in which many people imagined that prosperity and political calm would continue to spread indefinitely. In a world now racked by slowing growth and mounting unrest, how can we discern which nations will thrive and which will fail?

Shaped by prize-winning author Ruchir Sharma’s twenty-five years travelling the world, The Rise and Fall of Nations rethinks economics as a practical art. By narrowing down the thousands of factors that can shape a country’s future, it spells out ten clear rules for identifying the next big winners and losers in the global economy.

Each rule looks at a nation’s political, economic, and social conditions in real time to filter out the hype and noise. He shows, for example, how slow population growth is eroding economic growth, and ranks nations by how well they respond. He describes the way cycles of political complacency and revolt fuel economic booms and busts. Amid growing tensions over inequality, he demonstrates how billionaire lists yield clues to which economies are most or least threatened by extreme wealth. In a period when the world is struggling with trillions of dollars in new debt, he explains which nations are most likely to avert this threat or buckle under it. Sharma’s rules are based on the data he has collected over many years at Morgan Stanley Investment Management in New York, where he is now Head of Emerging Markets and Chief Global Strategist. This is a book of original research, not mere opinion.

The final chapter takes the reader on a surprising world tour of the likely winners and losers in the near future. The Rise and Fall of Nations is enlivened by Sharma’s stories from the road and his encounters with presidents, tycoons, and villagers from Rio to Beijing. It is a pioneering field guide to understanding our impermanent world.