New study by Professor D.Sotiropoulos titled “The Backsliding of Democracy in Today’s Greece” 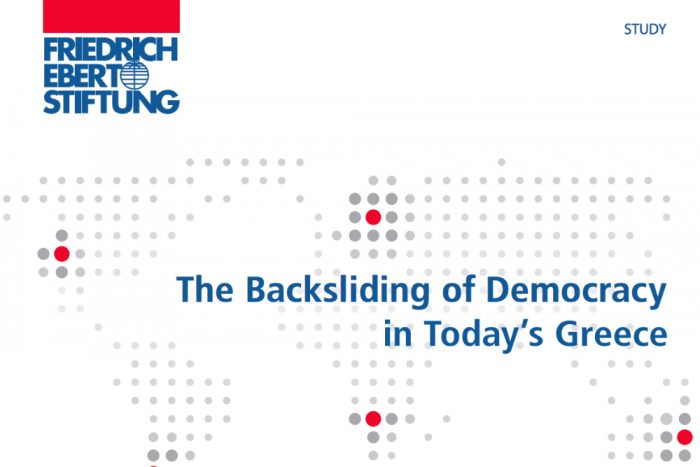 Some of the key findings of the study by Friedrich Ebert Stiftung are: