Visit of students from Rønshoved College 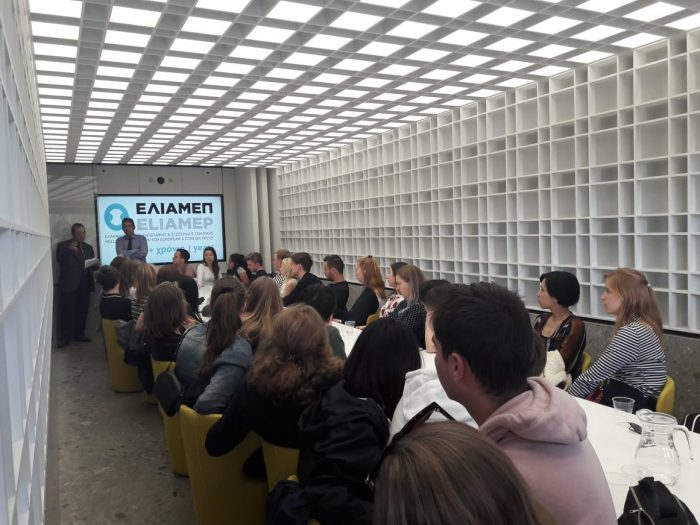 On Wednesday, February 12th we hosted in our premises 42 students from the Rønshoved College, Denmark. The students were informed by Prof. George Pagoulatos, Director General and Prof. Dimitri A. Sotiropoulos, Senior Research Fellow, about ELIAMEP and the functions of think tanks in modern liberal democracies. George Pagoulatos and Dimitri A. Sotiropoulos addressed questions of the students regarding the future of the European Union, the implications of Brexit, the Eurozone debt crisis, the aftermath of the Greek economic crisis, the challenge of migration, transatlantic relations and the role of the EU in the world.