Roundtable Discussion on “The Eastern Mediterranean in 2020: Possible Scenarios and Policy Recommendations”, 22-24/10/2015 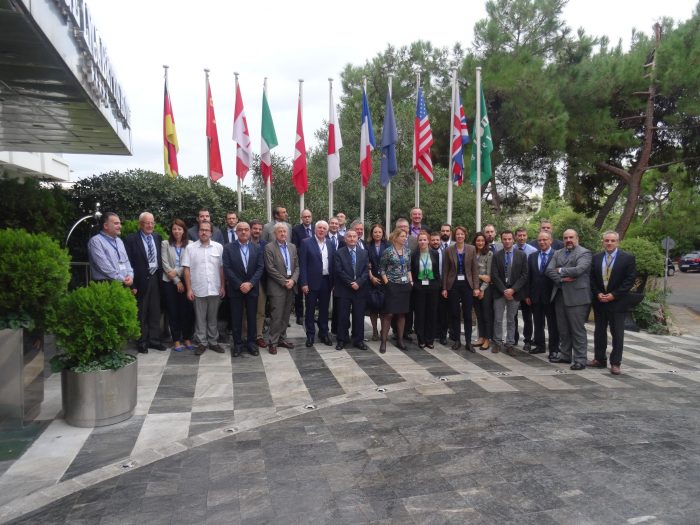 Τhe Hellenic Foundation for European and Foreign Policy (ELIAMEP) and the Konrad Adenauer Stiftung (KAS) office in Athens organized a conference on “The Eastern Mediterranean in 2020: Possible Scenarios and Policy Recommendations” at Saint George Lycabettus, in Athens, Greece, on 22-24 October 2015. The conference was organised in cooperation with the EU Institute for Security Studies (EU-ISS) and with the support of NATO’s Public Diplomacy Division. Moreover, the conference was organised in the context of the EU-wide expert outreach and consultation process for the preparation of the EU Global Strategy on foreign and security policy, coordinated by the EUISS and the Strategic Planning Division of the EEAS.

The conference aimed to bring together a number of leading thinkers and policy makers from across Europe and beyond to discuss informally and in depth policy recommendations to security problems in the Eastern Mediterranean. The exercise focused on (a) the conflict in Syria (b) the situation in Iraq (including the Kurdish issue, which would be also examined as a regional issue) (c) The Israeli-Palestinian conflict (d) the threat of ISIS/jihadist terrorism and (e) population movements, including issues such as mobility, refugee & asylum policies, and organized crime. Three papers has been commissioned in advance to experts with a deep knowledge of the region. Each expert has been asked to present one scenario [(i) pessimistic/catastrophic (ii) medium/undesired and (iii) optimistic/desired followed by recommendations for stakeholders on how to prevent scenarios (i) & (ii) and increase the likelihood of scenario (iii)]. The final paper will be widely disseminated among relevant policymakers and the academic community.

The programme is available here.

The event report is available here.